These guys took 24 256GB Samsung SSD's and two Dual Duo Core Quad CPUs on one motherboard build the ultimate RAID. They get over 2Gbps transfer rates and some very impressive program performance.
By Johan Els at Who-Els.co.za at March 22, 2009
Email ThisBlogThis!Share to TwitterShare to FacebookShare to Pinterest

Over the last couple of months, I've been more and more impressed with the Google Apps service and what it offers for anyone that would like to host his own domain on the Internet.

Now the people at Gmail has added offline support and Sync.

It's amazing to know how many people still rely on analogue dialup to get and send mail. Web based mail services are nor ideal for these connections, seeing that you pay per minute while reading and replying to mail. Now you can use some clever caching features in the Internet browser to cache the mail and read them while not connected.

In the past, one would have to rely on some or other offline reader, like Outlook Express of Mozilla Firebird, to ensure you do not spend to much time online. The problem with these applications are theft and failure. Wen your machine gets stolen of breaks, all the mail is gone. Forever!

Now with offline caching, you can get the best of both worlds. Read mail while not paying per minute for the phone call and still leave all the mail on the servers which gets backed up and protected by the experts.

Have a look at this addition as it seems to be a good replacement for Outlook Express and other offline readers.

But then also sync your contacts into your Gmail account. Now sort those contacts and back them up with your mail. Much simpler to rename and change contacts on a PC than on the mobile. And also now you cannot lose your contacts.

Full details: http://www.google.com/mobile/default/sync.html
By Johan Els at Who-Els.co.za at March 15, 2009
Email ThisBlogThis!Share to TwitterShare to FacebookShare to Pinterest 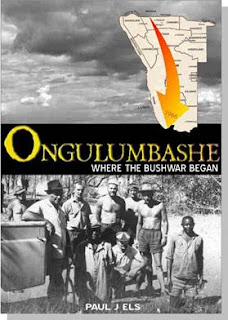 The author is a retired Warrant-Officer (Class 1) of the former South African Defence Force.

This eyewitness account is a must for the serious collector and researcher of the revolutionary wars in Southern Africa. This book describes the first clash that took place between elements of the South African police, army and air force on the one side and SWAPO's Plan soldiers on the other side.

The foreword was written by a former Commander of the Security Branch in SWA and a Commissioner of the SA Police, General J.V. ‘Johan’ van der Merwe while the epilogue is written by former Chief SADF General J.J. ‘Jannie’ Geldenhuys.

The Book contains 290 pages and is well illustrated with photographs; many are published for the first time! The book also describes how members of the Security Branch of the SA Police infiltrated the area as employees of PASCO ostensibly a private company. (The name PASCO is derived from South African Police = SAP = PAS + Company = PASCO).

A special agent is recruited and the Security Branch spy and infiltrate the terrorists. All this action leads to the arrest and conviction of several terrorists. This humble operation ‘Blouwildebeest’ leads to a bitter and sophisticated war in South Western Africa including Angola.

A worthwhile read and a nice addition to the bookshelf.

In South Africa the book sells at ZAR200 (p & p included) and is obtainable from the author at e-mail: "Paul Els"
By Johan Els at Who-Els.co.za at March 03, 2009
Email ThisBlogThis!Share to TwitterShare to FacebookShare to Pinterest
Newer Posts Older Posts Home
Subscribe to: Posts (Atom)

We have a number of HPE blades that have been decommissioned and I was wondering if these could be used for some light R&D without the ... 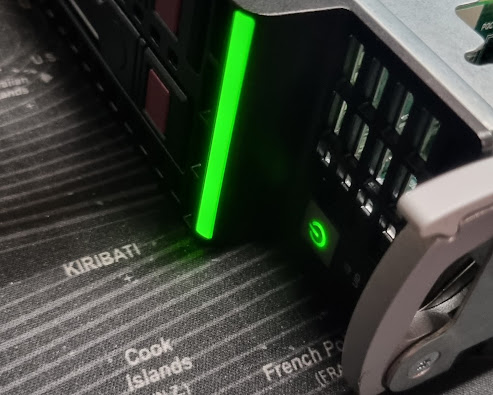